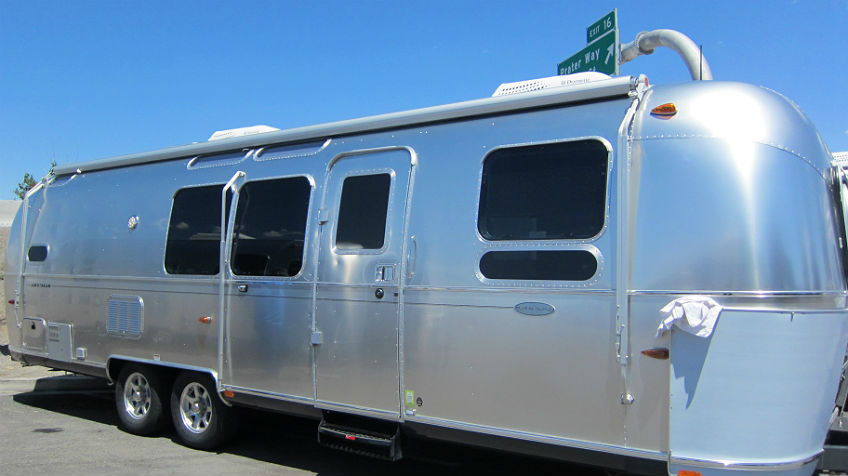 This weekend, we drove by a parking lot full of brand new Airstreams, so of course we had to turn around and check them out. We’ve been talking about checking out the 30 foot bunkhouse, to see if the bunk space could be converted into an office. 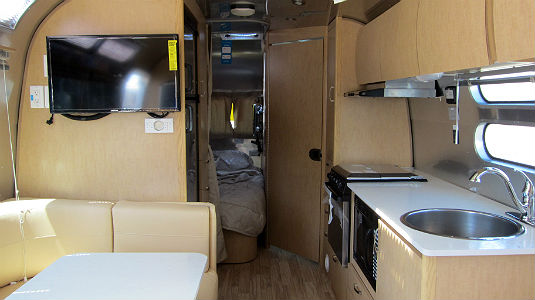 Now that we’ve been in it, I think the regular 30 foot floorplan makes more sense for an office conversion. Where we could take the living area and turn that into an office with two ergonomic chairs.

One thing that we’d miss about both 30 foot trailers are the panoramic windows in the bedroom.

For now we’re going to replace our cushions to see if we can somehow get better support that way. Maybe someday Airstream will make an office edition with panoramic windows at both ends. Hint hint!

Would any of you be interested in an office edition? I’d bet that there are a lot of couples that would want two desk areas.

Dinner Last Night:
Weekend Glow Kale Salad. I’ve made this many times before. I omit the nutritional yeast from the dressing (I’ve tried it both ways and prefer it without) and used dried cranberries instead of goji berries.

By the way – I finally published a “menu” page with some of our favorite recipes.