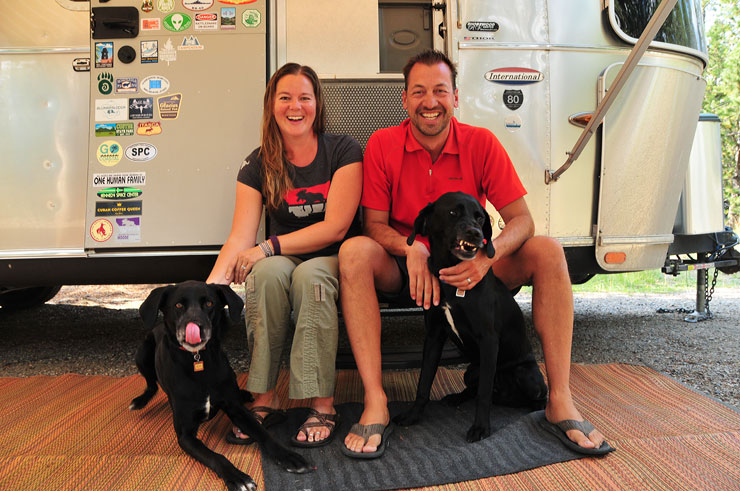 Lauri and Jase have been on the road for 361 days in their 2012 30 foot International Serenity Airstream. Saturday, shortly after we arrived at Bakers Hole Campground in West Yellowstone, they walked up to our trailer all smiles.

I have trouble with facial recognition (which is one of the reasons I take a photo of everyone we meet) so I actually thought we had met them in the past and just couldn’t place where. It turns out they are WanderWasi. Contributors on Campendium and people I follow on Instagram. Yay!!

Lauri and Jase met 17 years ago in the Air National Guard where they were both load masters. That means they were in charge of the cargo and weight distribution on planes. Since then, Lauri has a career as an occupational therapist and Jase is a “recovering project manager.” 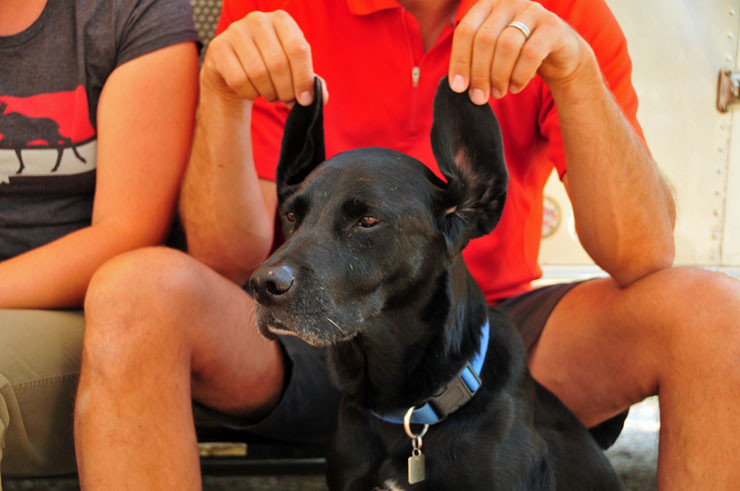 Their dog Ike (pictured above) is not the snarly beast you see in the family photo at the top of the page. He’s the older of the two dogs and a real sweetheart. 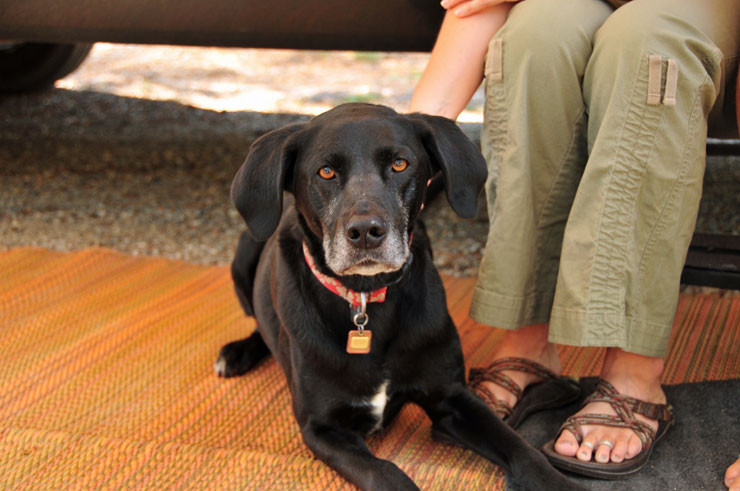 Kenai is young and spirited and not a fan of being on a leash, but then who is?

Dinner Last Night:
Vegan Paella with Summer Vegetables, Chickpeas and Millet. You’ll have to use Google Translate to translate this page from Polish to English. I didn’t have fresh herbs, but it was still great with dried.

After dinner, Jase provided some entertainment. 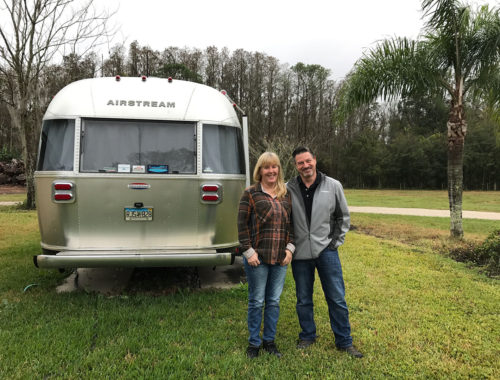 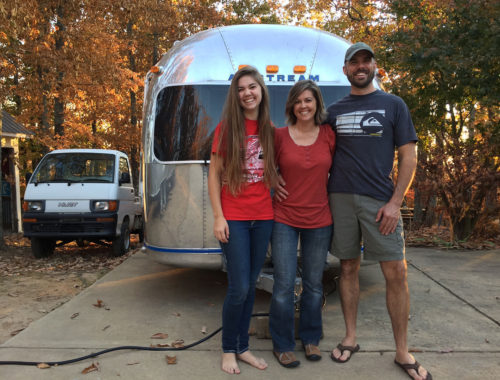 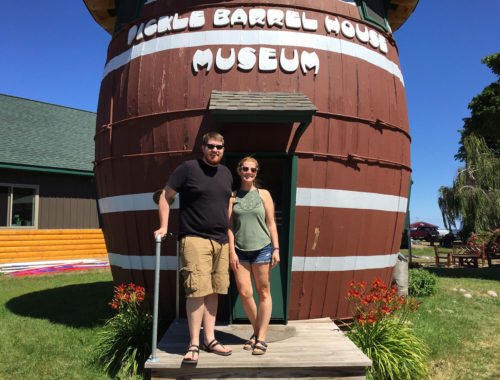