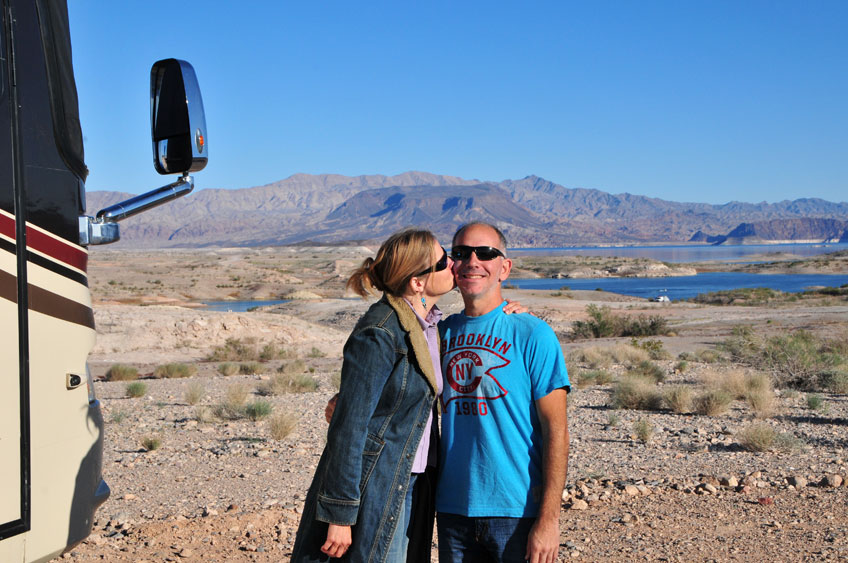 Happy Hour with Wheeling It

Most people who follow RV blogs read Wheeling It, where Nina and Paul share about their life on the road along with their fantastic boondocking site reviews.

We’ve met a couple times before, but this week we got to spend some quality time together, which led to this revealing Q&A:

Leigh: We were talking before you (Nina) came out, and Paul mentioned that he caught you looking at Airstreams online?

Leigh: What were you doing?!

Paul: Since year one.

Paul: Well partially because we got such a big rig we figured we’ll never get into these public places, so we didn’t even look at them.

Leigh: Are you really considering it?

Paul: I think it depends. I think we’re probably at least a couple years away.

Nina: We’re probably a couple years away. Ideally we may end up going part-time and then it would make total sense.

Paul: If we decided to go part-time, and we found a property in Oregon that we fell in love with, and it had a house on it, then we would definitely go smaller, and maybe real small. Like 20 or 22.

Nina: Right now, we know our rig, we know all the issues with it.

Nina: It’s paid for. I would love to be smaller for planning, but…

Leigh: Just so you can go more places.

Leigh: Where couldn’t you go that you want to go?

Paul: We can’t fit in any of them.

Nina: And we just can’t get into any of them. Well, I found one where I booked a spot where maybe we’ll squeeze in.

Paul: We may or may not get in.

Nina: Yeah, but none of the others we can get into, so our only choice going along the Peninsula is private campgrounds. Whereas we’d really rather be staying in a National Forest campground.

Paul: Which is a double whammy too, it’s not just less privacy and less wild stuff, but on top of that it’s more expensive. So you get the double whammy, you’re not as happy and you’re paying more money. 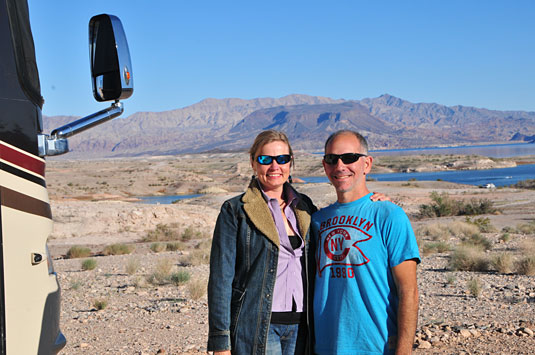 Leigh: Are you considering Florida?

Brian: We could tear up some tiki bars in Florida. 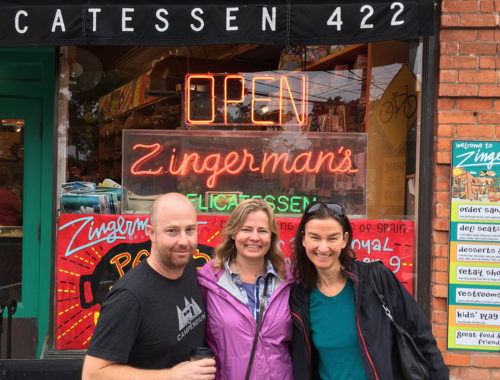 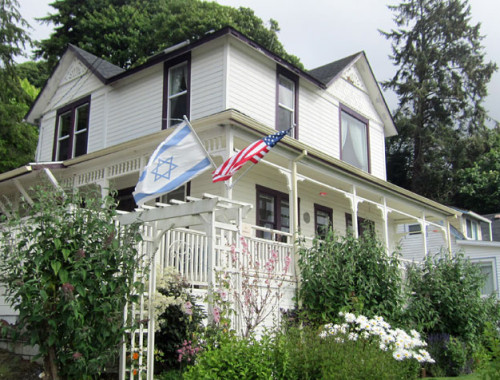 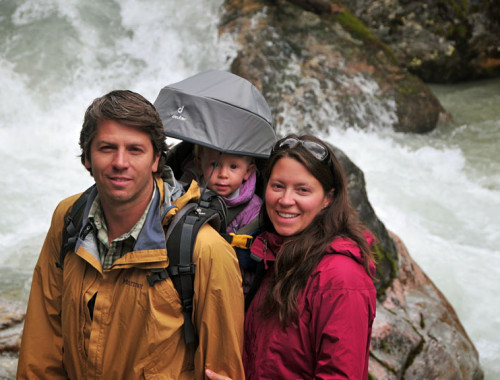