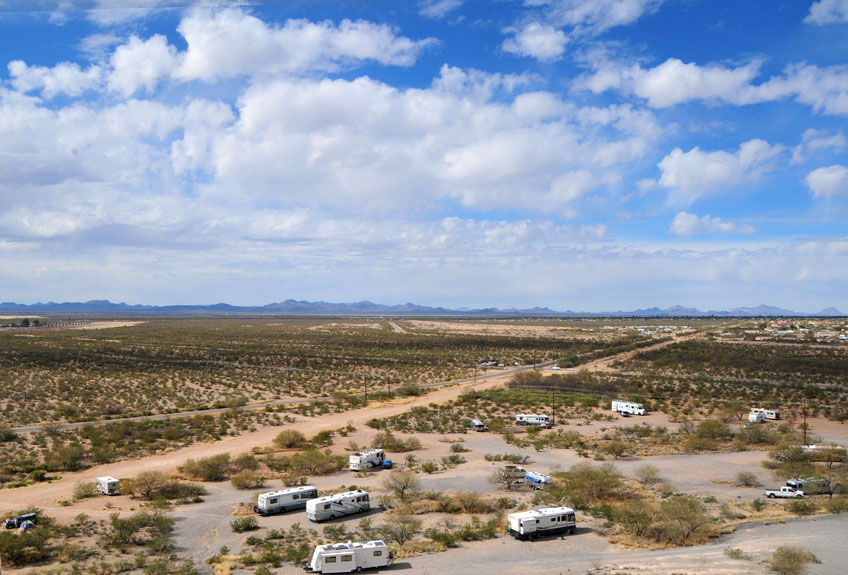 Last week I mentioned the homeless woman in her truck who told Brian about her boyfriend in jail. Well the boyfriend is out of jail and the two of them are now regularly screaming at each other on the top of their lungs.

Saturday morning they woke us up at 5am verbally threatening each other. We called the sheriff who arrived 10 minutes later, but only shined lights on the truck then let them be.

After breakfast we decided to move to the other end of the campground. 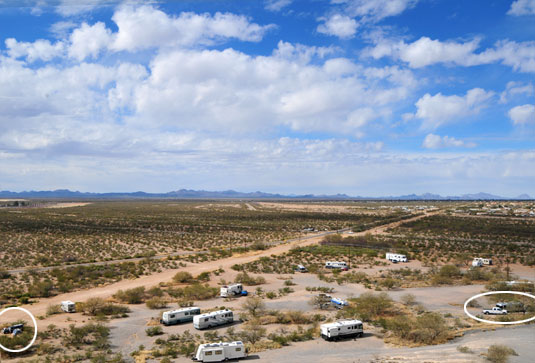 We used to be right next to them, now we’re on opposite ends and we haven’t heard a peep since. Can you spot Malimish and Sam & Stephanie in the middle?

Dinner Last Night:
Pasta with Chickpeas and Garlic Sauce. I’ve been making this recipe since we lived in our first trailer in 2005. It’s easy and the sauce is delicious.