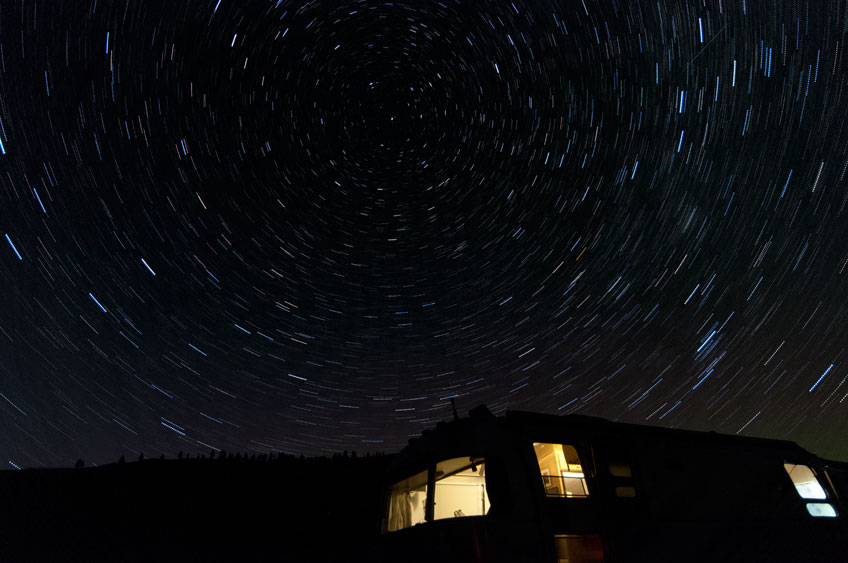 Ever since I saw Bert Gildart’s night sky shots in Airstream Life magazine, I wanted to mess around with nighttime photography.

so I could keep the shutter open for a long time and second, I needed a sky without a lot of light pollution. 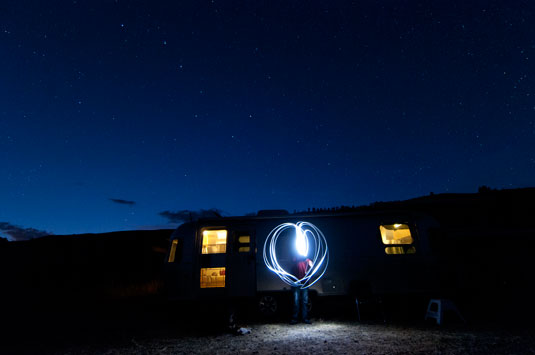 Everything finally came together this week during the new moon. I set up the tripod and took some test shots and then set the timer to do it’s thing. 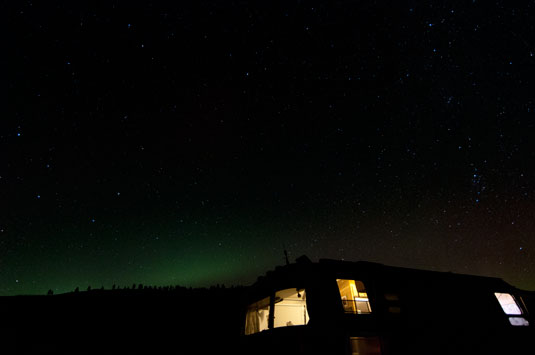 While we were inside watching season 4 of Downton Abbey, I think we missed a Northern Lights show.

The top photo is actually 50 or so shots layered on top of each other. The north star is in the center. 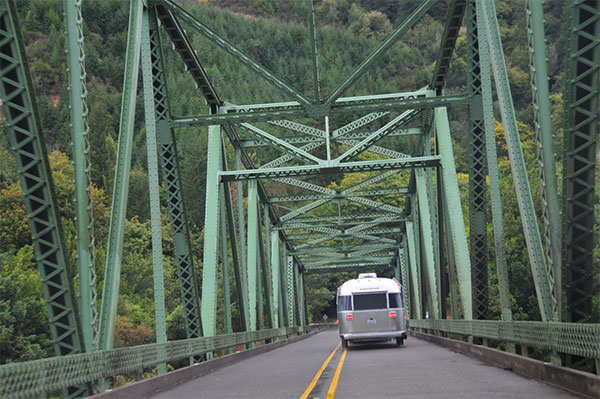 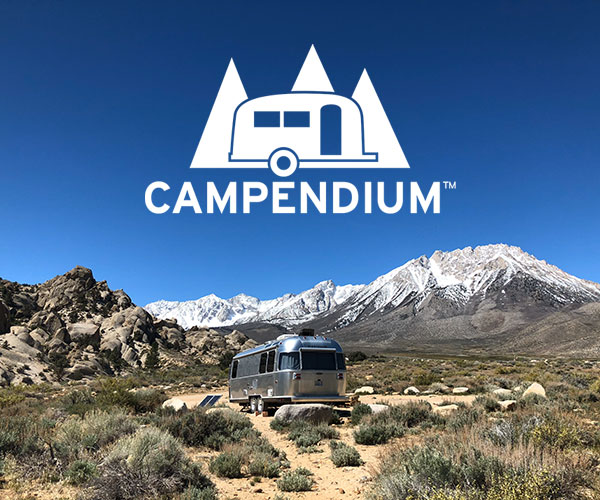