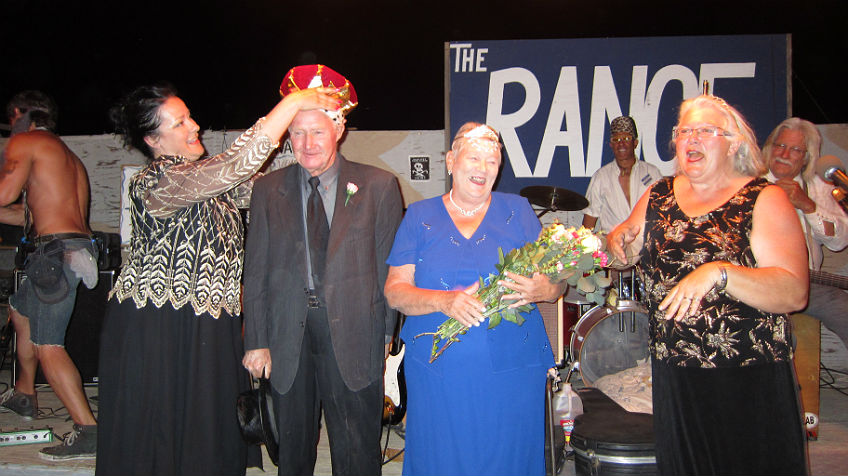 Saturday night at The Slabs was heavy with visual and audio entertainment. I really wanted to get more photos, but the lighting was very low and you can’t really point your camera at people if they aren’t on stage.

Pictured above is the crowing of prom King and Queen. According to the woman who announced them, King and Queen are chosen based on what they do for the community. 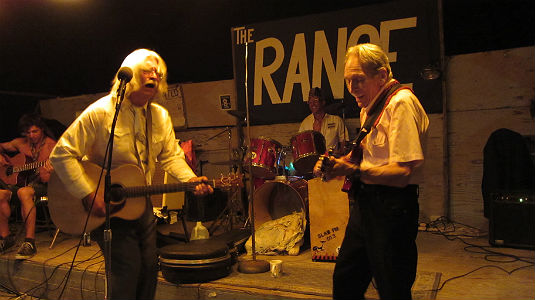 On the mic is Builder Bill. Builder Bill manages the Range and hosts live music there every Saturday. I wonder how different Prom is from any other Saturday night. 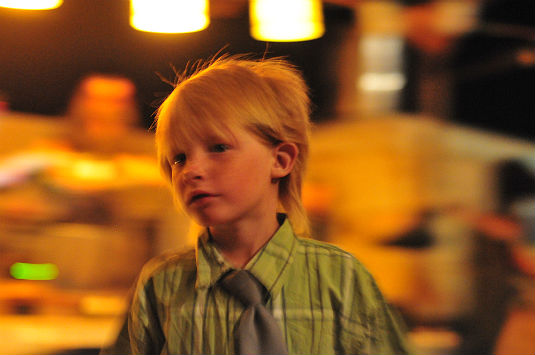 It might have been the low lighting and awesome atmosphere, but we couldn’t help but notice how many really attractive people were there. I wish I could have captured it. It was also interesting that there was quite a number of people in their late teens and early twenties.

This place is clearly rich in stories.

Dinner Last Night:
White Bean Italian Pizza. We’ve had this recipe before. If you like hummus, you’ll like this pizza. 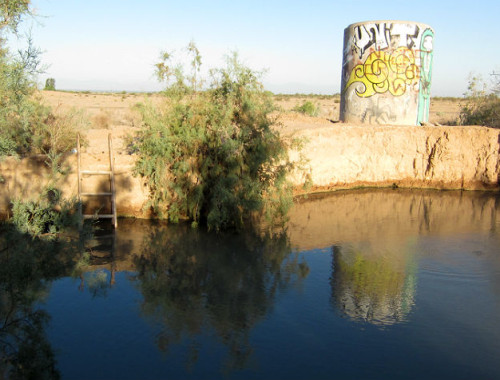 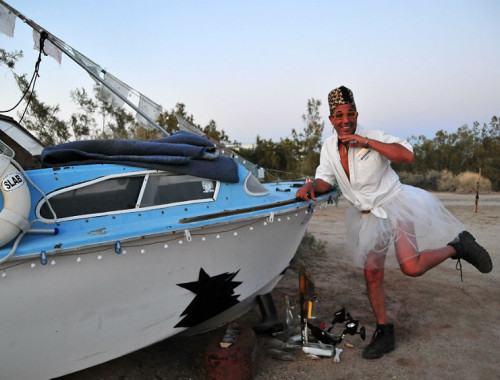