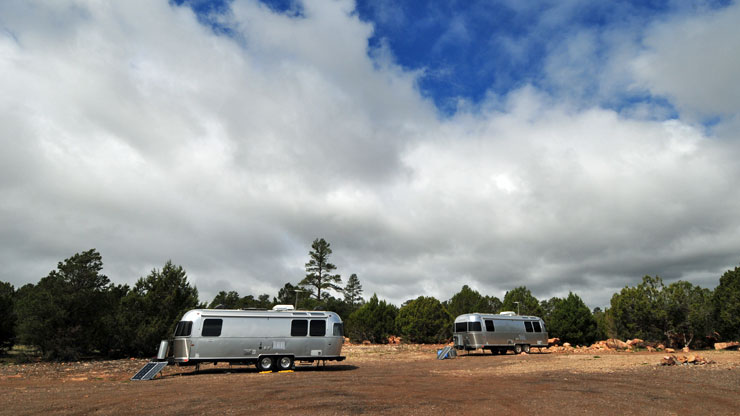 Last weekend we moved to a boondocking spot in the National Forest just east of Flagstaff.

When we arrived, we picked the most level spots and figured we’d reposition after Brent & Christine left.

We didn’t immediately re-arrange. At first, it wasn’t worth the effort, but on Wednesday when we decided to stay another week, we planned to re-situate the trailer after work. 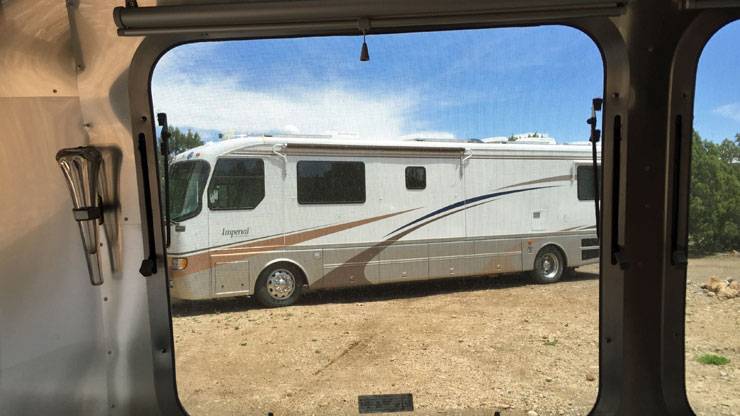 Later that morning, this guy showed up. Dave went over to talk to him and he said he would be staying for “weeks” and even though he has 10 solar panels, he would be running his generator in the morning and at night. 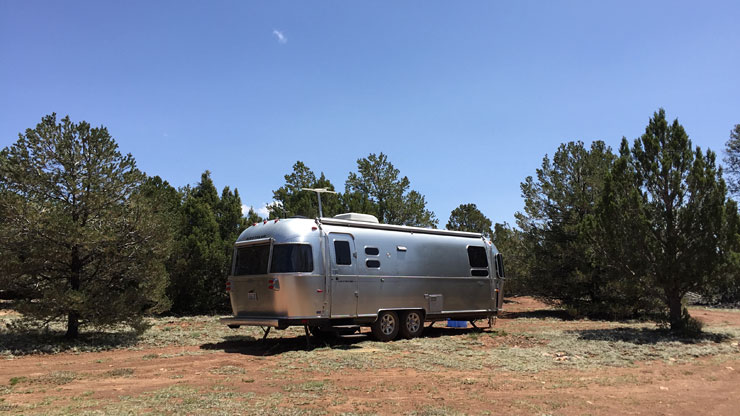 So instead of repositioning our trailer in the same campsite, we moved a quarter of a mile away to a nicer site. 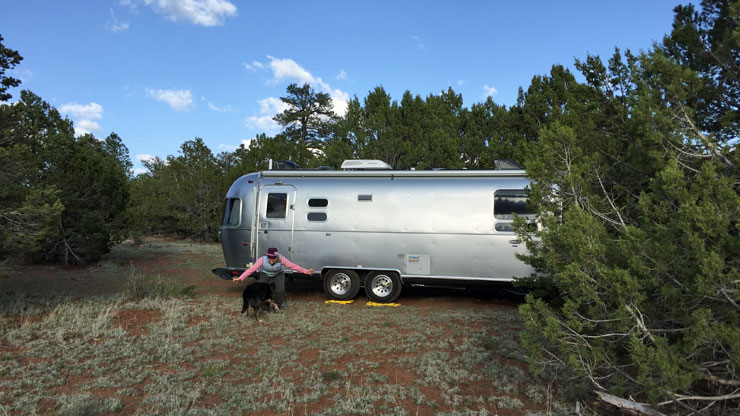 Last night Kelly & Dave moved over by us and mentioned that as they left the old spot, the guy said he didn’t mean to drive us away and offered to move. A little too late for that!

Dinner Last Night:
Red Beans and Rice, Fried Plantains and Field Roast Sausage. It was all really tasty, but we were definitely missing some green veggies.