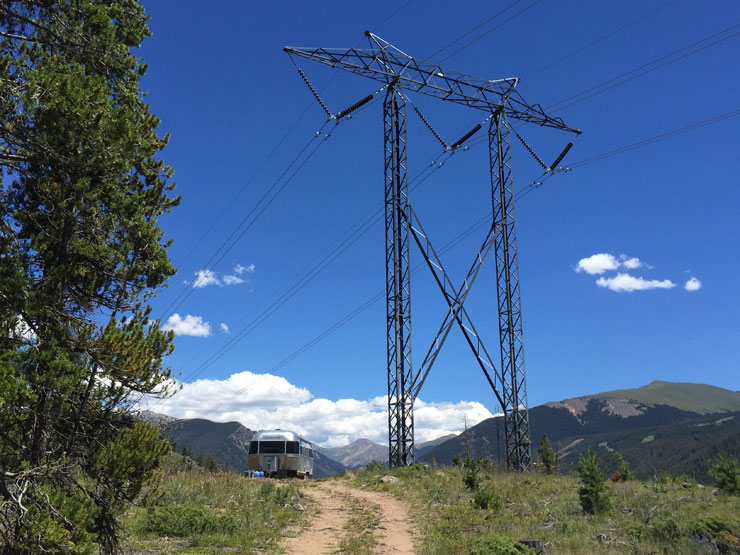 Hunting for a Good Free Campsite in Keystone

On Saturday we had a leisurely hour drive north to Keystone, Colorado. The ranger in Crested Butte recommended a couple locations in the area, but as we’ve learned in the past, it’s hard to trust RV campsite recommendations from someone who isn’t an RVer. 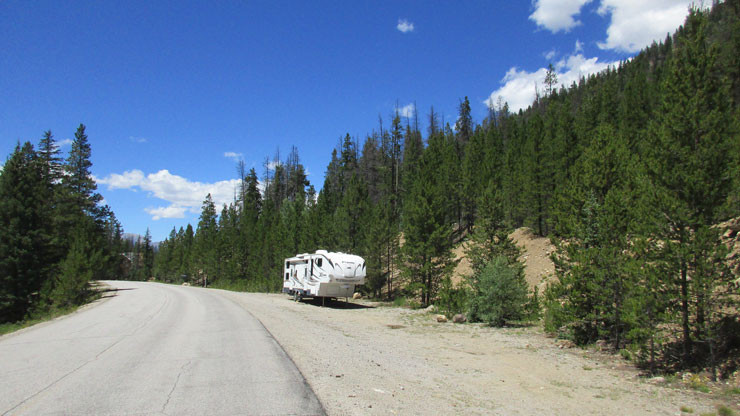 One of her suggestions was also on freecampsites, so I figured that was our best bet. Instead we found some side of the road camping where there were more “no camping” signs than not. So we decided it was a no go.

From there we went to the ranger’s second suggestion, even though it didn’t sound too appealing. She said if we went to the landfill, there’s a shooting range, right past that, camping is allowed. Hmm.

Just past the gun range there was a spot, but we continued driving. The spare tire under the trailer hit the ground a few times as we went over some really big humps in the road so we pulled off into the next spot we saw.

I was a little freaked by the power lines and insisted we move to a much better spot across the road. More on that later this week.

Dinner Last Night:
Dinner is not always delicious. Last night I tried making cucumber pancakes with chickpea and rice flour with a tomato chutney. It was mediocre so I won’t share the links.