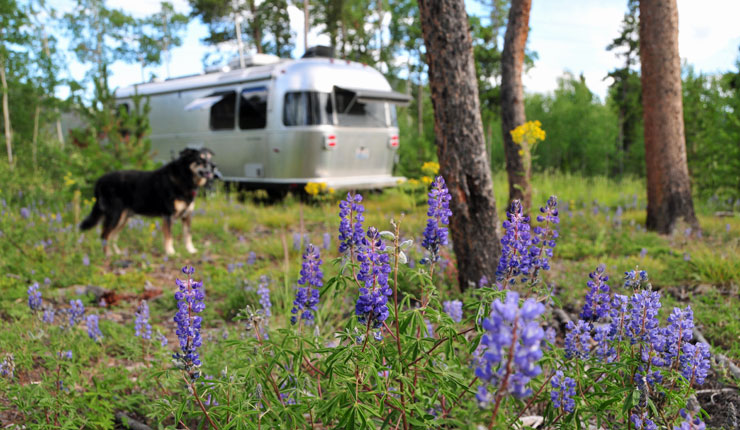 We found a campsite across the road from our initial spot under the power lines. We decided not to list it on Campendium because they’re turning it into a trailhead next year so the only camping would be much farther down the road and impossible for most to access.

Yesterday we were joined by our buddies Chris and Shawn. Even though you see two Airstreams up at this spot, I wouldn’t recommend it to others. We bottomed out a few times on our way in. Our spare tire sits under the trailer toward the front, and it dragged across some humps in the dirt road getting in. I hoped it was because the back of our truck was weighed down and as a result graded it for the next person, but Chris reported that they had the same experience. 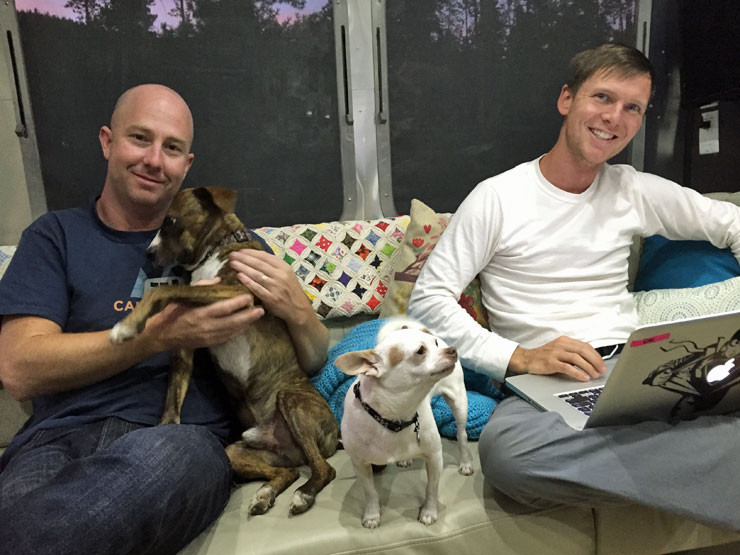 After dinner we went to Chris and Shawn’s trailer to hang out with Lucas and Little Girl while Shawn made chocolate chip cookies stuffed with Nutella!

Dinner Last Night:
Mushroom Ragout with Rotini. This was FANTASTIC! I wasn’t sure if there was an error in the recipe, because the ingredients list calls for 1 cup of water blended with the cashews, and then the recipe itself calls for 1 cup of water before adding the cashew cream. So I went ahead with the 2 cups, but since I was worried the sauce wouldn’t thicken I added 1 teaspoon of cornstarch to the cashew cream and it was perfect! Delicious dinner for 4.