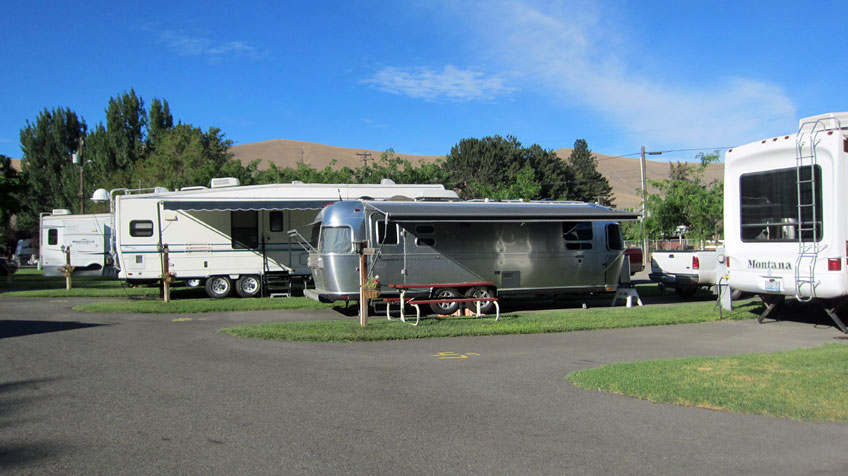 A Month in Tri-Cities

On Friday, we moved from Flowing Lake County Park in Snohomish to Riverfront RV Park in Sedro-Woolley thinking we’d be poised to take the 20 east to our property once the fire was out.

After we moved, we learned more about the severity of the fire and realized that we wouldn’t be able to take the 20, but maybe we could go through Canada and drop back into Washington.

Then I found the air quality map and realized we might not want to be on our property any time soon. For the best temperatures we should have just stayed put, but as some of you know, Brian does campground research during the day and has pretty much covered the coast of Washington. So we decided to go south to Tri-Cities Washington wine country.

I made a reservation for a week, but after I read a quote about the fires from the Governor of Washington who stated that “This, unfortunately, is not going to be a one-day or one-week event,” so we booked a month at the Beach RV Park in Benton City.

For $325/month plus utilities we have full hookups, cable, laundry on-site and an address to send mail. One week here is $189, so even if the fires are put out and the air clears up and we want to leave after 2 weeks, we still got the better deal. 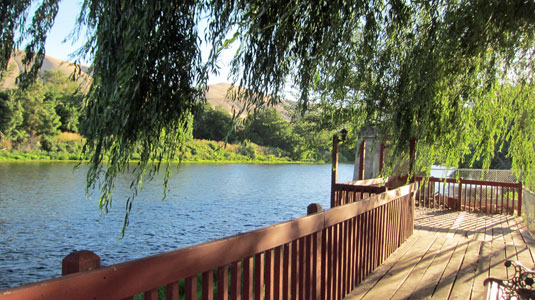 Pictured above is the deck on the river at the RV Park.

Dinner Last Night:
Dinner the last 2 nights has been really good. Both were repeats for us: