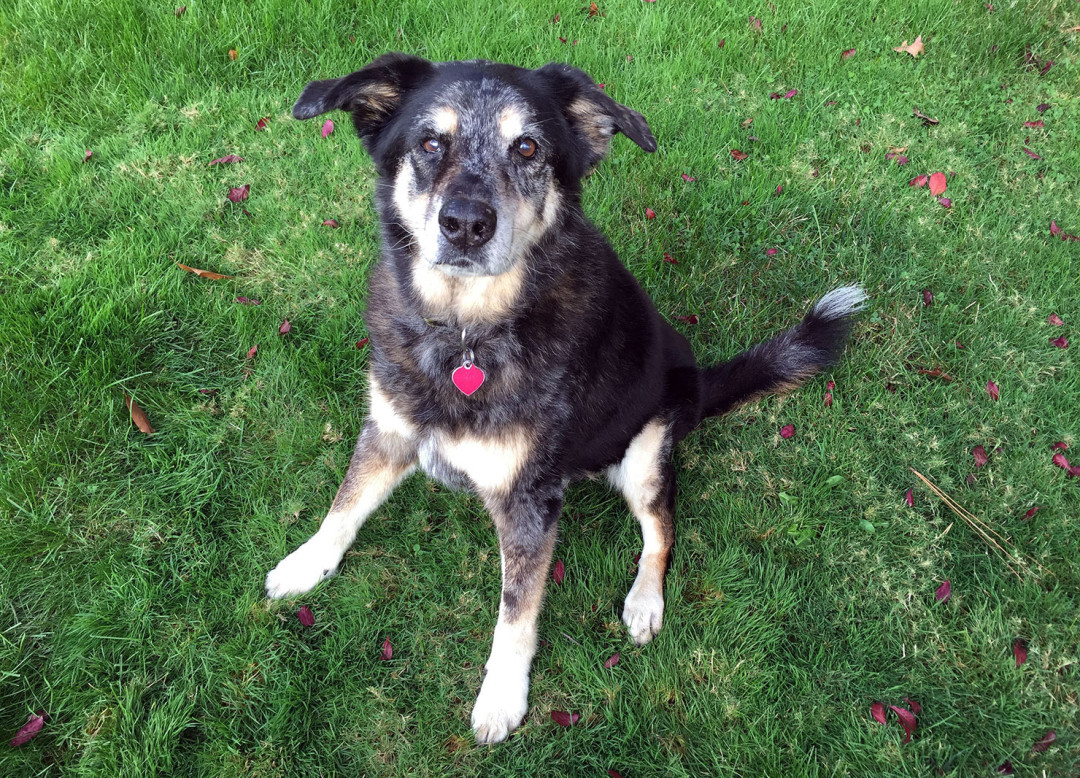 It’s amazing how Curtis can look so great in some photos and terribly old in others (he’ll be 16 in January). Lucky for us he’s still interested in food, so I got this shot by holding up an I and Love and You dog treat 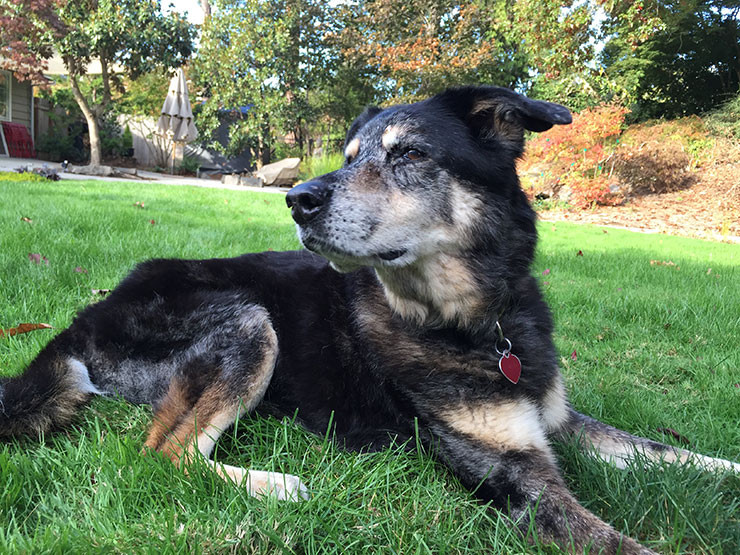 Since we’re in the Portland area this week, we were able to go to Curtie’s regular vet. The last time we were here was in June 2014, and Curtis was 71 pounds. In February when we went to vet in Phoenix, we learned he dropped to 50 pounds. In July we went to a vet in Breckinridge and we were happy to see that he gained 6 pounds. Since then Curtie has gotten skinnier and this week we learned that he’s down to 47 pounds.

The vet ruled out kidney failure, which is good news to us since we can keep him on his current food which he LOVES (he had lost interest in his old prescription food) and we can also keep him on his incontinence pills.

The weight-loss indicates cancer, and at his advanced age, we aren’t going to pursue a cancer treatment, instead we’re going to increase his food. He’s now getting the amount of food you’d feed a 100 lb dog (time to stock up on poop bags) and lots of treats throughout the day. 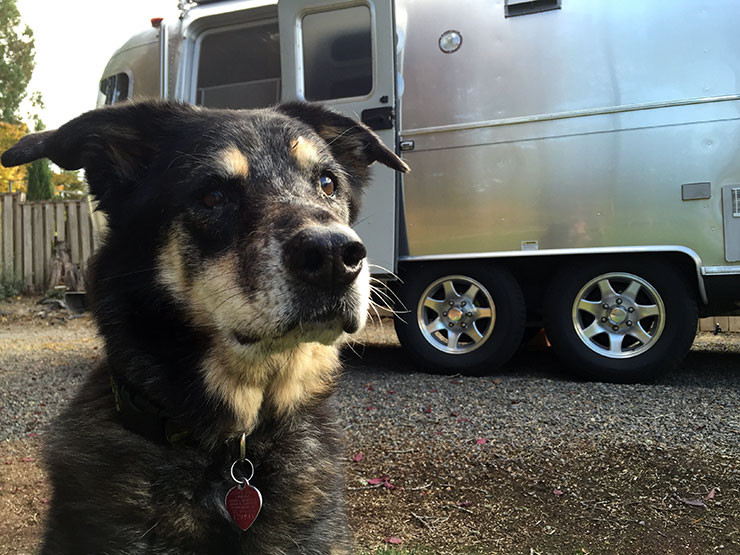 On to his eyes. Our poor sweet love has been having eye issues for awhile. In Breckinridge he was diagnosed with Canine Uveitis (eye inflammation) and given prednisone eyedrops for a duration that would lead us up to our visit this week in Oregon. His eyes haven’t improved, and quite possibly got worse.

Dr. Dan is putting Curtie back on antibiotic eye drops for the rest of his life and is also doing a 30 day trial with some drops that he’s having made special for Curtis. Hopefully this will provide the old bear with some relief. 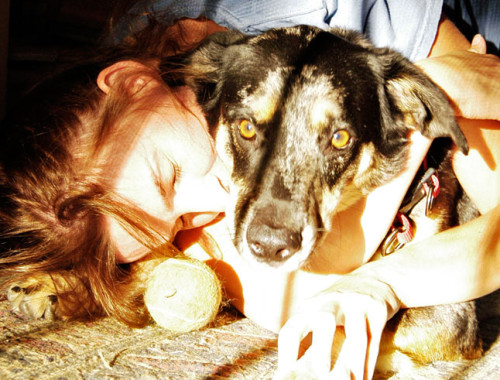 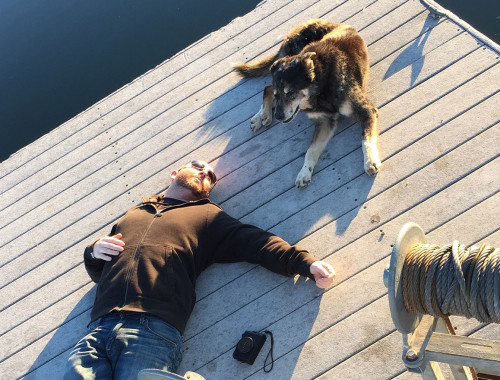 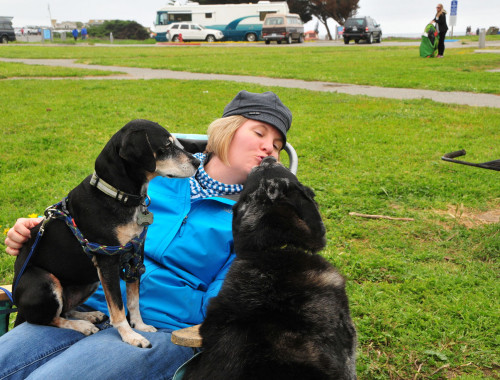