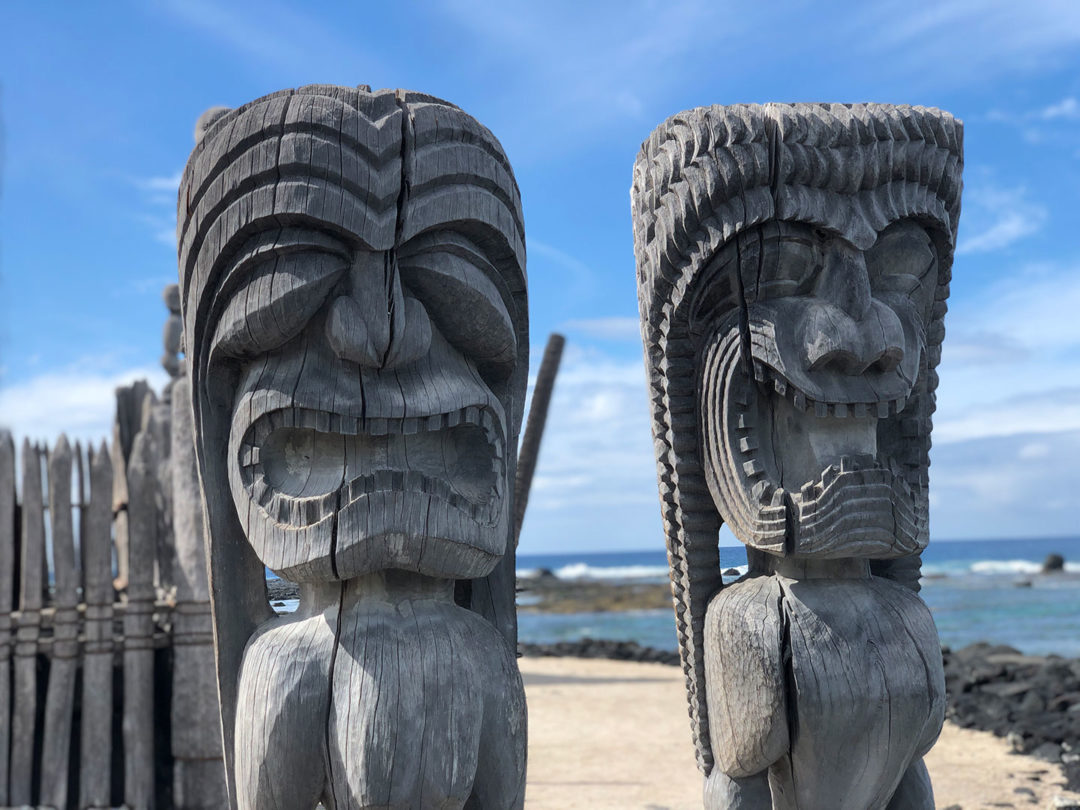 On Friday after snorkeling in Honaunau Bay, we went to Pu`uhonua O Hōnaunau National Historical Park also known as the City of Refuge.

Up until the early 19th century, Hawaiians who broke sacred law could avoid death by coming here to be absolved by a priest.

The Royal Grounds next to the Pu`uhonua was a popular home to 23 Hawaiian Chiefs.

I wish we had learned how to play Konane (also known as Hawaiian Checkers) before our visit.