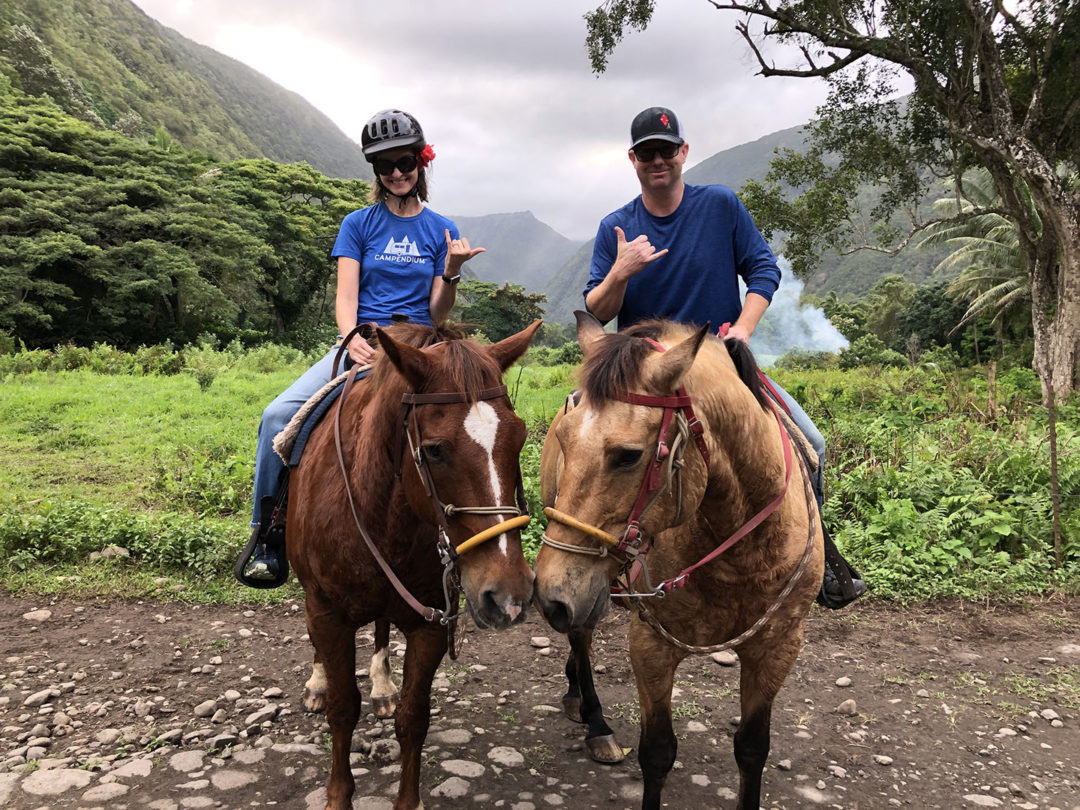 The hike to the Waipi’o Valley Trail has an over 1,000 foot elevation gain which would kill my hips and knees, so we took a trail ride instead.

The outfitter we used has very high ratings, but I guess I didn’t read the reviews, because I had no idea how nuts the drive to the stables was going to be.

As we drove down the steepest road in the US, our driver told us to take off our seatbelts in case something happened (!!!) so we could get out of the van quickly.

I relaxed a little when she said that she was born and raised in the valley and had been driving this road since she was 10!

There were a bunch of wild horses hanging out near the stables and coming up to the van hoping to get apple bananas for treats.

Much of our ride was going through water crossings. My horse wasn’t very sure footed, but the guides who sometimes went faster than the group, ran through the rivers like it was no big deal.

At the end of our ride, our guides gave us cacao pods to open and taste the gooey mucus around the cocoa beans. It wasn’t made clear what part we should eat so I actually bit into the bean itself and promptly spit it out. We also had dirty horse hands so I wasn’t too eager to try more in the moment, so the next day, we bought a pod at the grocery store.

Since then, I learned a lot about making chocolate from this video on YouTube.